My class visited Eastern State Penitentiary, a museum in Philadelphia, to explore how it presents the history of the prison and connects it to the current crisis of incarceration.

If you visit in October, large gargoyles look down upon the entrance, a bow to the Halloween horror crowd, who comes to the prison for a seasonal “haunted house” tour (which raises a significant part of the museum’s budget). The gargoyles were a boding reminder of the challenges of presenting difficult issues to a general public. Eastern State opened as a museum in 1994 and has attracted visitors who, in general, do not have a close connection to the prison system today. The prison, then, is a ruin, a site to play out horror stories, and a story of injustices piled up oh so long ago.

In setting up its exhibits, audio and walking tours, the museum followed what many public historians take as the golden rule: tell stories of real people. Personalize abstract ideas, evoke empathy by uncovering details that make people in the past specific and individual, push visitors to see themselves in the lives of others. For decades, though, there was little attempt to speak directly about the rise of mass incarceration. It seemed a hot-button political issue as well as a challenge to mold such numbers into personal stories. In fact, the museum discovered a way to walk a line on both issues: they installed the “big graph.” It monumentalizes the drastic change in numbers of incarcerated people in the U.S., shows how far beyond the norm the U.S. is in a comparison with other nations around the world, and lays out the racial and ethnic disparities of the crisis. Every tour now ends there. Museum administrators and docents say that the graph does elicit conversation on the rise of mass incarceration that previously had been absent. And, so far, visitors’ responses have not indicated that they see it as telegraphing an advocacy for a certain political position on the issue. 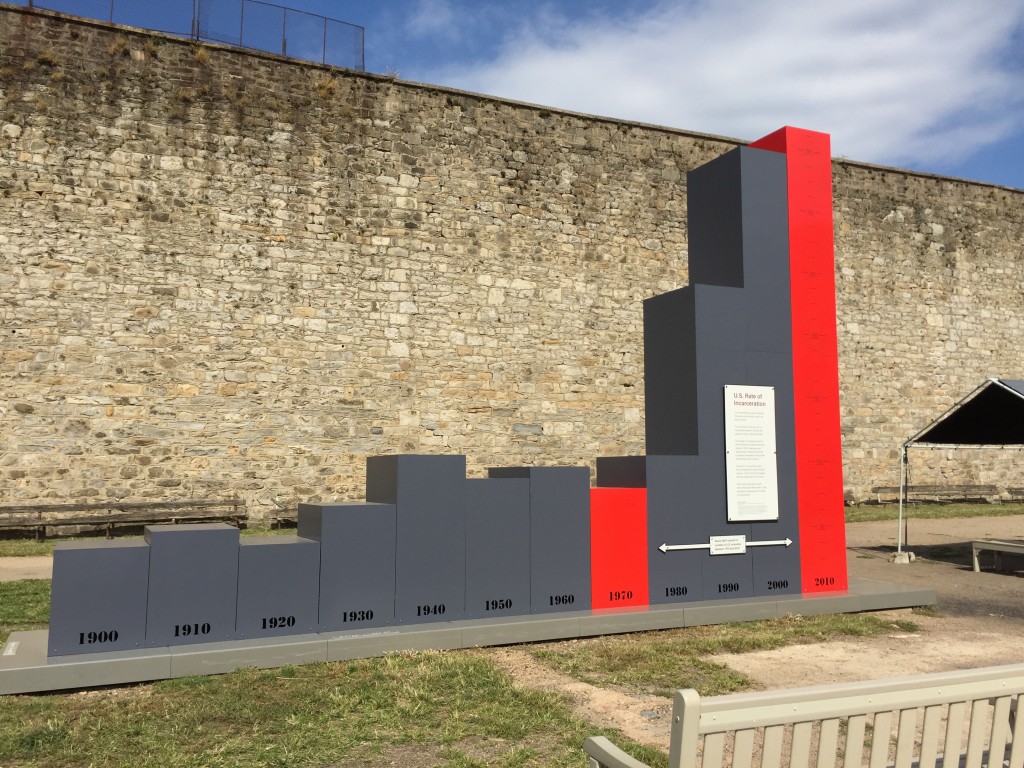 The question of advocacy is the one that most irked students: why not be an advocate for a particular position? The administrator that spoke to us claimed that docents who had backgrounds in social justice tended to be less successful: they shut down rather than opened up conversation. My students recognized the challenge but still thought there was an obligation to state a more clear position or provide steps of action. These are exactly the questions that remain before us in our ongoing work on how and what to say about Rikers. To be continued.