I’m delighted to be part of a special issue of Studies in Musical Theatre devoted to dance and edited by the fabulous pair of Joanna Dee Das and Ryan Donovan. I took the opportunity to recount the process of putting together the installment on Fosse in Paramodernities–and what it meant to include Fosse alongside Graham, Balanchine, and Ailey. 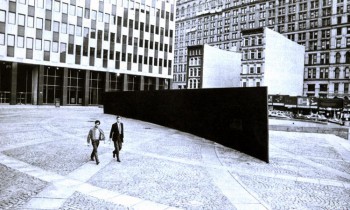 Cities are hubs of artistic activity. People are drawn to cities because of their artistic offerings and they are the place where the majority of artists live and work. But how and why did this intertwining of art and cities come about? And what effects has it had on cities and on the arts? This course investigates the art of urban life (such as the development of bohemia); genres of art that arose in and of the city (photography, the Broadway musical, hip hop); spaces of the city that become identified as an arts enclave (SoHo, “museum mile”); and the municipal policy and politics that both support and confound the arts in cities (public art). We read first-hand and historical accounts of artists in the city and analyze artworks for their portrayals of the ties between urban life and artistic vision.